We would like to welcome Laurie Dhue as the Emcee for Agape’s 4th Annual Charity Golf Tournament. Laurie will be master of ceremonies and will join in some golf activities with our donors throughout the day.

LAURIE DHUE is a New York-based TV broadcaster and media strategist. She is lead news anchor at TheBlaze TV and TheBlaze.com, where she also hosts the investigative program “For the Record.” Dhue is the Founder and President of her own consultancy, Laurie Dhue Media. Dhue is the only anchor to have hosted shows on the three primary cable news networks: CNN, MSNBC and Fox News Channel. Dhue spent nearly eight years at Fox News, where she hosted the highly-rated “Fox Report” weekend edition and appeared weekly on “The O’Reilly Factor” and “Geraldo at Large”. During her tenure at Fox News, Dhue reported extensively from the Middle East. She also served as a news anchor on Fox News Radio for several years.

Before joining Fox News Channel, Dhue hosted several shows on MSNBC and served as substitute news anchor on NBC’s “Weekend Today Show.” Dhue began her broadcasting career at CNN, where she became one of the youngest full-time anchors in the network’s history. In her 23-year career, Dhue has interviewed countless international leaders as well as politicians, celebrities and newsmakers. She has covered every major news event since the early 1990s as a writer, producer, reporter and anchor.

Dhue hails from Atlanta and is a proud graduate of The Westminster Schools. She received her BA in Political Science from the University of North Carolina at Chapel Hill, where she was an Academic All-American Varsity Swimmer. 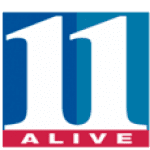