The Posse Foundation “identifies public school students with extraordinary academic and leadership potential who may be overlooked by traditional college selection processes.”  Ricky was o 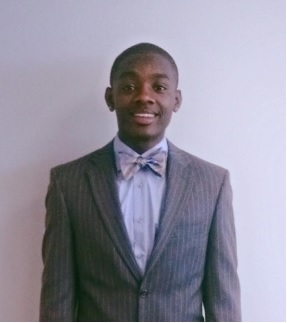 Rickey enrolled at Agape in sixth grade and immediately distinguished himself as a leader. Agape Executive Director Nell Benn remarked,  “We all knew Rickey had a lot of potential. Rickey has numerous gifts and talents and we  knew that one day he would achieve great things and would someday be a successful leader. Rickey’s zeal and motivation to succeed helped him achieve the Posse Atlanta Scholarship. He’s always eager to learn, eager to grow and eager to succeed.”

Agape Post-Secondary Specialist Jessica Young and Youth Director Lydell Smith worked especially closely with Rickey, not only supporting his academic success, but supporting his application process and guiding him through the countless intangibles associated with a competitive interview process. Jessica, Lydell and several other staff members worked tirelessly on interviewing techniques, professional grooming, coordination of SAT prep courses, as well as provided transportation for Rickey for his interviews and appointments.

“Rickey’s success demonstrates the level of commitment Agape offers to the children and families in the community,” said Nell Benn. “The depth of service coupled with the an average length of stay of 7 years is Agape’s recipe for success. We are simply overwhelmed with excitement and proud of what Rickey has accomplished!  We are very grateful that the Posse Atlanta Foundation has afforded Rickey such a wonderful and life changing opportunity.”

Please join us in congratulating Rickey Waddell on a job well done.